Skip to content
Yunlong tin mine ore is processed cassiterite - quartz veins sulfide ore tailings mineral component is relatively simple, dominated by quartz. Followed brown iron pyrite, tourmaline, a small amount of cassiterite, arsenopyrite, copper ore and the like. The tin content of the tailings is 0.45%, the tin in the tin is 96.26%, the tin in the tin is 3.74%, the iron is 3.71%, the other content is lower, the zinc is 0.051%, the copper is 0.08%, and the manganese is 0.068%. The quality of the ore is higher in sulfur and arsenic , with sulfur of 1.88% and arsenic of 0.1%.
In 1992, Yunlong Tin Mine began to treat old tailings at the 100t/d old plant in the case of the depletion of primary ore resources. In order to achieve better social and economic benefits in the short term, it also proposed the basis of the plant selection. The above-mentioned expansion and expansion was 200t/d, and the re-election-flotation process was adopted. It was officially produced in April 1994, and the process was improved in the production process. The final determined production process is shown in Figure 1.

Figure 1 Yunlong tin mine tailings ore dressing production process
In order to adapt to the production, the front half of the screen used for the screening is 0.8 mm and the second half is 1 mm. The mud hopper is a Ï†2500mm hopper. Using this process, tin concentrate containing 5.62% tin, 0.742% sulfur, 0.223% arsenic, and 68.3% tin recovery can be obtained. The sulfur concentrate is 47.48% and the tin content is 0.233%. Arsenic 4.63% sulfur concentrate.
Yunxi has 28 tailings ponds and 35 tailings dams. The existing accumulated tailings are more than 100 million tons, containing more than 200,000 tons of tin, and associated lead , zinc, indium , antimony , copper and iron. Arsenic, etc. The company has a 50t/d test workshop and two ore dressing sections dedicated to the treatment of old tailings. Between 1971 and 1985, the tailings were reprocessed to 1.12 million tons of tailings, 1286 tons of tin was recovered, and copper concentrate was selected to contain 443 tons of copper.
The chestnut tin mine recovers tin from old tailings with a heavy-floating sulfur process. The mine contains more than 6.5 million tons of tailings, and the tailings mainly contain tin, tungsten, antimony , bismuth and minerals such as siliceous and feldspar . The re-election process includes re-election, sulfide ore flotation, and cassiterite flotation. The concentrate obtained after re-selection contains SnO 2 26.84%, WO 3 9.6%, Ta 2 O 5 2.7%, Nb 2 O 5 2.04%, re-selection recovery rate SnO32.99%, WO 3 24.05%, Ta 2 O 5 42.47%, Nb 2 O 5 24.77%. The flotation process of sulfide minerals is a rough selection and secondary sweep. The concentrate grade is 10.8%, SnS 2 is 6.57%, recovery is Cu78%, and sulfide is 52.66%. Sulfide minerals produce copper-tin concentrates containing Cu>20%, Sn>18%, and As<1.5% by inhibiting arsenic floatation. The concentrate produced by the cassiterite flotation contains 6.107% of SnO 2 and the recovery rate of cassiterite is 63.11%.
The Dongpo Mine Pheasant Tailings Plant has a 300t/d re-election workshop to recover cassiterite from the tailings. The tailings contain Sn0. 2%~0.25%, the concentrate grade Sn42.93, the recovery rate is 18.66%, and the annual recovery of concentrate tin content is 40~50t.
The Dayishan Mine was completed in 1982 to process a 70-100t concentrator. The tin concentrate was recovered from the available 33,000 tons of old tailings (including Sn 0.297%) for 31 years, with a grade of 55% to 61%. 34% to 35%.
In foreign countries, the United Kingdom, Canada and Bolivia have carried out the work of re-selecting tin from tin-containing old tailings. The British Bartlett Company used a shaker and cross-belt chute to re-select tin tailings to obtain concentrates, intermediates and tailings containing 30.22%, 5.53% and 4.49% tin respectively from tailings containing 0.75% tin. The British Roscroft Drying Plant selected 0.3% to 0.4% of old tailings containing tin to obtain tin concentrate containing 30% tin. From the flotation tin tailings, the Suri Hope Plant in Canada selected a tin concentrate containing 60% tin and 38% to 43% recovery rate using a combined gravity-magnetic process. A Bolivia plant re-elected 0.3% old tailings and new tailings containing tin, producing tin concentrates containing 20% â€‹â€‹and recovering 50% to 55%.

This kind of End Cover Pressing Machine can meet the requirement of different end cover and armature dimension. It makes the whole pressing process far more iconvinient than by manual. This machine can also be connected to Armature Production Line to meet the mass production requirement.

It can greatly reduce the larbor forces. Firstly, operator needs to load the end cover and the armature core to the required tooling position. Then press the start button. Machine will do the pressing process. The process can be shown as below picture. Two seperate parts will be combined into one part. 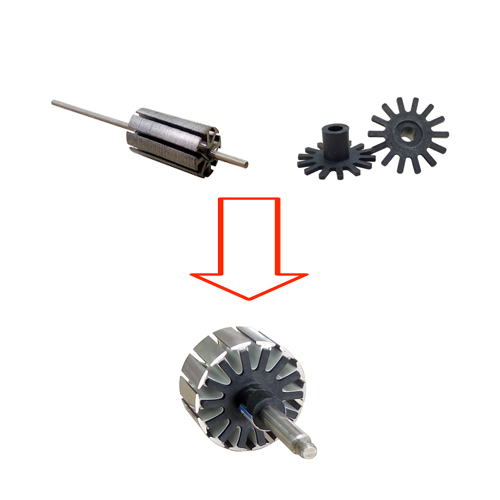 We have two types of end cover inserting machine, the automatic type and the semi-auto type. The automatic Shaft Pressing Machine is equipped with touch screen, all the parameter can be set in the touch screen. It is accurate. This automatic end cover inserting machine can be connected with a mechanical conveyor to acheive the mass production. The semi-auto type one is far more simple than the automatic one, compared with the operation step. And the price is also more favorable.